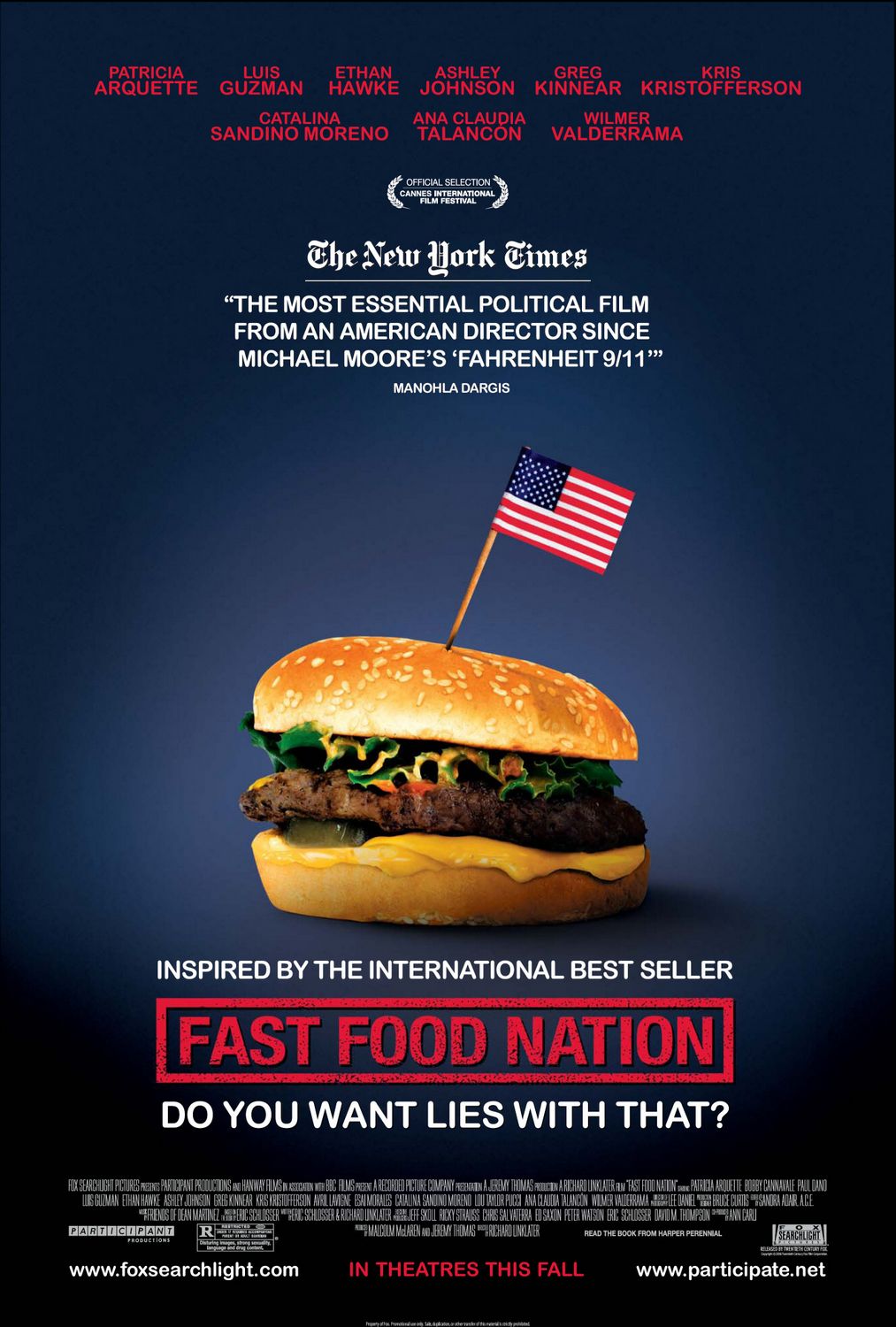 Don Anderson is the marketing director for Mickey's fast food chain. He's the inventor of their bestselling hamburger, the Big One. Independent research has shown the presence of cow's feces in the Big One. Don is sent to Cody, Colorado, to verify if the main supplier of Mickey's beef is efficient as it appears, and the production process is up to code. During his investigation, he discovers the horrible truth behind a simple hamburger; the reality is not like it's portrayed. Don discovers what the mass production system involves, from the temp-workers like Amber to the exploitation of irregular immigrants. It's not only the meat being crushed in the machinery, but our society.